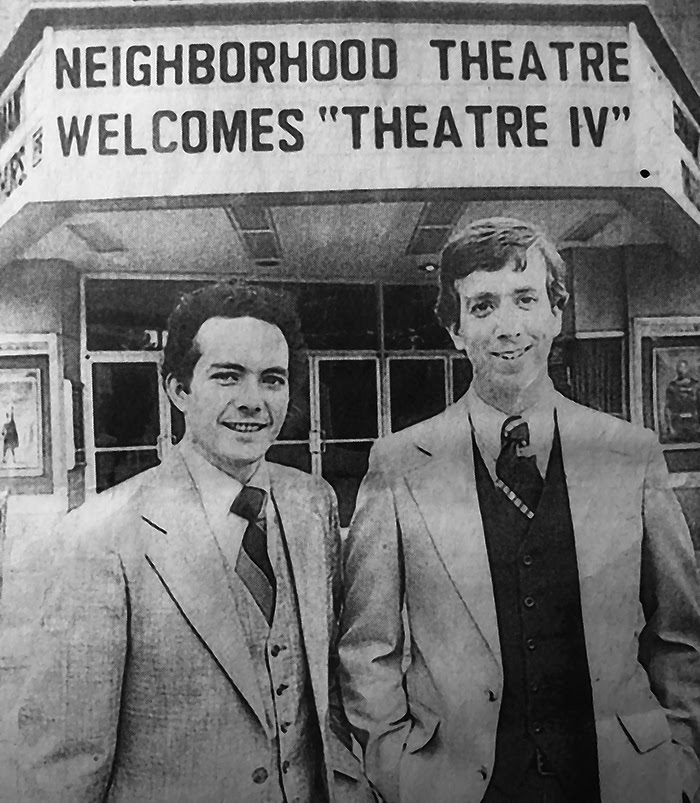 Celebrating the 45th Anniversary of the Founding of Theatre IV

When Barksdale Theatre and Theatre IV merged to form Virginia Rep in 2012, we became one of the largest performing arts organizations in Central Virginia. Now we look back 45 years to May 14, 1975, when Theatre IV was founded by Phil Whiteway and Bruce Miller.

In the Fall of 1974, Bruce had just begun a job as Director of Cultural Enrichment for Southampton Co. Public Schools, and Phil was in Navy flight training in Pensacola, FL.

Bruce’s boss told him that his job was funded by a one-year grant, and then offered to make him an Assistant Principal in the Fall of ’75.  He wrote to Phil dreaming about starting a theatre designed to tour to Virginia localities that didn’t have theatres.

That same week, Phil received a letter from Uncle Sam saying that the Vietnam War was ending, the ’73-’74 oil crisis was winding up, and they needed to reduce ranks. Phil wrote back to Bruce and suggested meeting in Richmond over Thanksgiving to discuss this crazy theatre idea. Theatre IV was born!  CONTINUE READING…

What do you want to see?

Iconic One Theme | Powered by Wordpress